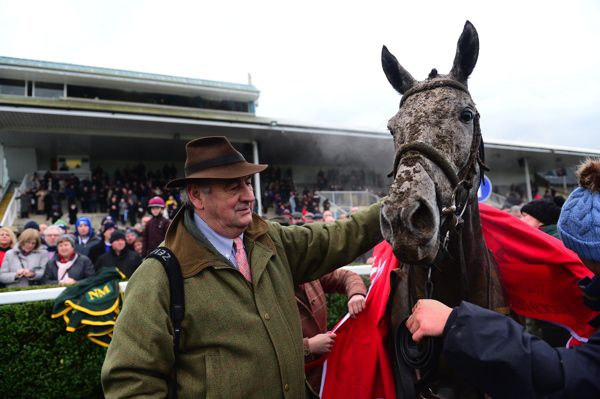 The Gigginstown House Stud-owned six-year-old is three from three since moving from Mouse Morris’ yard to join Meade — scoring at Galway before landing the Troytown Chase at Navan and the Horse & Jockey Hotel Chase at Thurles.

Connections decided against a trip to last month’s Cheltenham Festival, but Tout Est Permis is reported to be in rude health ahead of next week’s Easter Monday highlight.

Meade said: “We have quite a few entered, but it would look at the moment like the only horse that is guaranteed a run is Tout Est Permis and it is the plan to run him.

“Hopefully there’ll be enough juice in the ground to let him run. He’s going into the unknown over three and a half miles, but it looked to us like he did nothing much more than stay every time he’s run.

“He travelled well in the Troytown and won very well that day, but he’s gone up a good bit since.

“He seems in terrific shape and we’re very happy with him.”

Tout Est Permis a 14-1 shot for the Irish National with the race sponsors, with Ted Walsh’s Cheltenham hero Any Second Now and the Willie Mullins-trained Pairofbrowneyes the joint-favourites at 8-1.