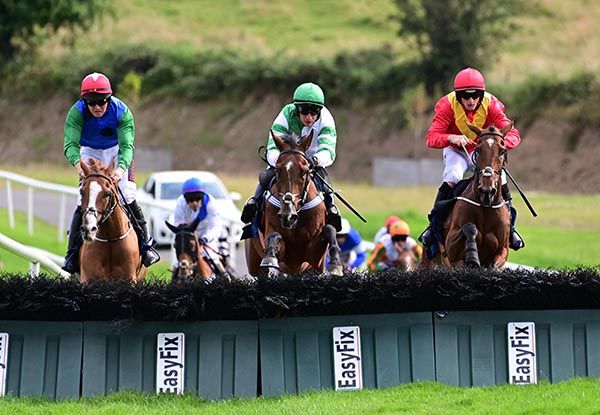 Paul Townend made the long trip north for just one ride at Downpatrick aboard Another Choice in the Irish Thoroughbred Agency Finding Forever Homes For Ex Racehorses Maiden Hurdle and those who took the hint where rewarded as he justified 5/6 favouritism.

The Matt Smith-trained gelding won a Cork bumper last autumn and ran a cracker when switched to hurdles on his reappearance in a 21-runner maiden at Punchestown.

The odds-on shot made most of the running but hung out for much of the race and needed to be driven out by the champion jockey on the run-in to record a two-and-a-half lengths verdict over Eco Pete Howaya C D And E could find no extra on the run-in finishing a further two-and-three-quarter lengths back in third.

Townend said, "I thought his run in Punchestown was very good and the winner that day has backed it up.

"He has jumped the first couple really well today, but I put it down to the track. From there, he hung and did everything wrong. I suppose when I gave him a slap today, he went forward.

"I was looking for something to come outside me and give me a hand as much as anything. The last (hurdle) was the only one I was able to ride him to and he winged it.

"I think that is not his true running, he actually is a straightforward horse, I think. He is a nice horse."