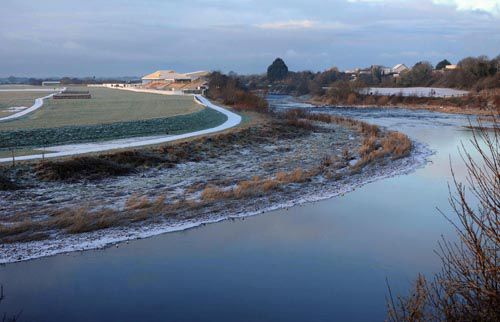 There will be no jumps racing for the second successive day in Britain after Fakenham and Wincanton both fell to the cold weather.

An official announcement preceded Thursday’s scheduled 7am inspection at Fakenham, with the Norfolk course frozen under a light dusting of snow, and an hour later it was a similar tale at Wincanton too.

Fakenham added on its Twitter account: “TODAY’S (31/1/19) RACE MEETING ABANDONED due to severe frost in the ground. Minimum temperature last night — 6.7 and max temperature today will be 3.”

After Wednesday’s abandonments at Plumpton and Leicester, the last jumps cards to take place were therefore on Tuesday — at Newcastle and in Ireland at Down Royal.

Thursday’s all-weather cards at Southwell and Newcastle are set to go ahead.

A scheduled Thursday lunchtime inspection for Saturday’s racing has already been announced.

Clerk of the course Harriet Graham tweeted in advance: “It is a cold one -6.5 @MusselburghRace Inspection at noon today for Saturday looking very grim even with covers Sunday inspections info to follow but no real rise in temperatures until next week.”

In advance of a planned inspection at 8am on Thursday, Catterick announced its fixture on Friday has been abandoned after temperatures dropped to -7C overnight in North Yorkshire.

Chepstow has also announced a Thursday inspection, at 2pm, for Friday’s scheduled card. The course is currently described as “frozen”.