UK action gets the go ahead 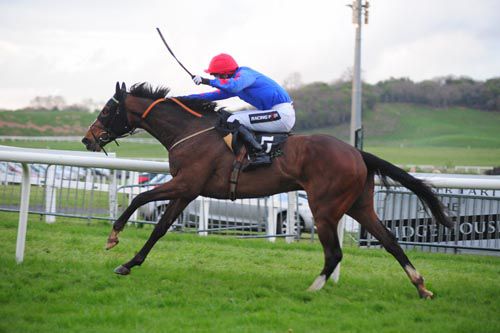 Uttoxeter gave the go-ahead to its Marston’s 61 Deep Midlands Grand National card after the course passed an early inspection.

Meetings at Uttoxeter, Kempton and Fontwell will all take place after each course was able to report earlier than planned that they will race.

All three courses previously announced 8am inspections because of gales forecast to set in on Saturday morning and last throughout racing — and all will continue to monitor conditions.

Uttoxeter confirmed plans on its official Twitter account shortly after 7am, posting: “Following an early inspection RACING GOES AHEAD. We will continue to monitor conditions throughout the day.”

Wind speeds approaching 50mph were predicted at all three courses — and after a wet week, the going descriptions are heavy, soft (in places) at Uttoxeter, soft, heavy (in places) at Fontwell and good to soft at Kempton.

Ffos Las’ Sunday card is subject to a further inspection at 2pm on Saturday, because of the continued threat of further heavy rain.

The going at the Wales course, which passed its first morning inspection, is already heavy — with up to 18mm of further rain expected.

Similar amounts are predicted at Carlisle, where the going is also heavy and an inspection has been announced at 8am on Sunday for the card that afternoon.