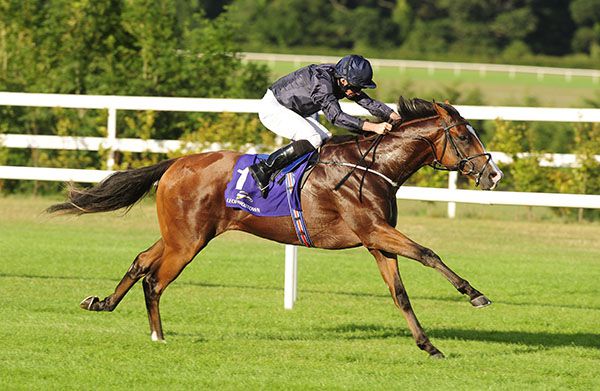 Anthony Van Dyck is the standout name among 10 in Saturday's RaceBets Derby Trial Stakes at Lingfield.

The Aidan O'Brien-trained Galileo colt showed some top-class form as a juvenile, winning the Futurity Stakes before placing in the National Stakes and Dewhurst.

He ended his campaign in America at the Breeders' Cup, but could only finish ninth in the Juvenile Turf behind Line Of Duty.

Ed Walker’s Cap Francais looks a credible opponent having stayed on strongly to be only narrowly beaten by Cape Of Good Hope, another O'Brien three-year-old, at Epsom.

Archie Watson's Nate The Great achieved a decent level of form at two, finishing a close third in the Zetland Stakes.

There are also some promising unexposed colts lining up, none more so than Michael Bell's Eagles By Day, a seven-length winner at Salisbury.

In the RaceBets Money Back All Losers Oaks Trial Fillies' Stakes, Haggas' Frankellina, who created a nice impression on her debut, puts her reputation on the line in a field of eight.

Frankie Dettori rides John Gosden's regally-bred Anapurna, by Frankel out of Dash To The Top, with the stable also represented by Elisheba.