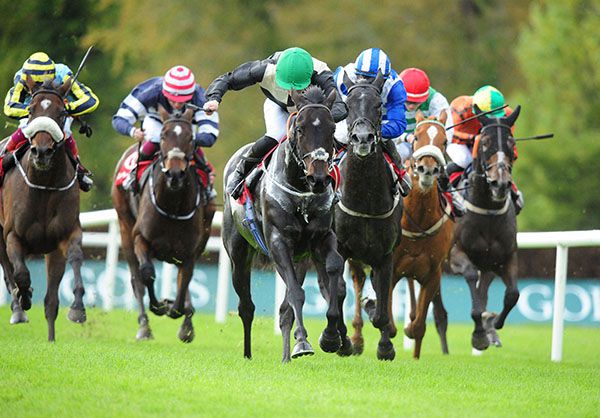 We’ll Go Again (7/1) followed up on his success from Cork nearly a fortnight back in the www.gowranpark.ie Handicap.

Madeleine Tylicki’s charge again had Billy Lee in the plate.

Despite sweating up, the son of Fast Company found plenty when required through the closing quarter of a mile.

Locally trained filly Guinevere saw out her race well inside the last, but she still a length and three parts to find with We’ll Go Again at the line.

“I'm delighted. It took him a while to win this year but he was a weak horse, immature mentally and physically,” said Tylicki.

“He's coming right now, he's learning all the time. I was really pleased as Cork went to plan and he came home with a lot of confidence. We kept him sweet in between.

“Coming here the ground was right up his street and Billy gave him a great — job done.

“We'll see how he comes out of it but I wouldn't rule out going again before the end of the year because he's in good order and he's enjoying his racing now.”

A.J. Slattery, rider of Frosty Beach trained by D. K. Weld, reported to the Clerk of Scales that his mount hung right.

S.M. Crosse, rider of Muntahez trained by Aidan Anthony Howard, reported to the Clerk of Scales that his mount was slowly into his stride and never travelled.