Yorkhill makes it ten for the week for Mullins 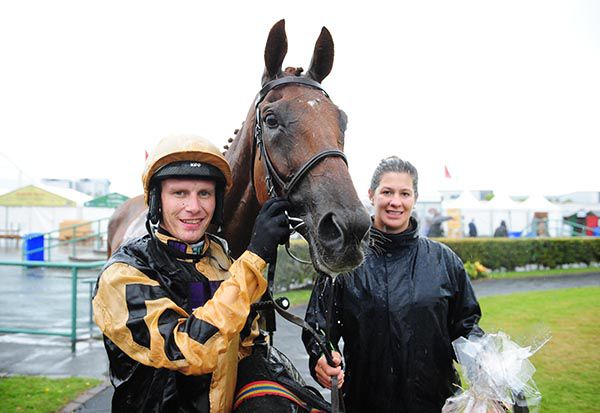 Yorkhill (6/4 fav) was always in his comfort zone as he easily landed the Watch Racing TV Now Chase to give Willie Mullins a tenth winner of Festival week at Galway.

Having unseated Paul Townend early on In the Galway Plate on Wednesday, the Presenting nine-year-old travelled strongly throughout on this occasion, cruised to the front after the two fences in the dip and ran on to score by three lengths from staying-on stablemate Some Neck (10/3). Valseur Lido (5/1) made a lot of the running and plugged on for third a further two lengths back.

This success brought Yorkhil’ls career tally to ten wins from twenty-one starts, while Townend ended the Galway festival with a score of six winners from thirteen rides.

The winning trainer Willie Mullins stated: “He could go for the Kerry National at Listowel, and going left-handed would suit him better. That rain probably helped him as well.

“I’m very happy with the way the week has gone. It went way better than expected as I didn’t think we had as many chances this year as we had last year.

“There has been a good mix of jockeys winning for us with Paul (Townend), Patrick and David (Mullins), Jodi (Townend) and Kevin Manning.

“It was great to win a few of the feature races, and it was nice that a lot of owners did well also.”