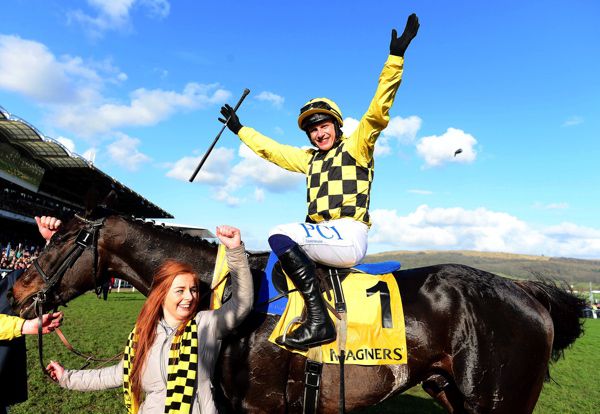 Willie Mullins is confident Al Boum Photo is in the form of his life ahead of his bid to join the titans of the jumping scene with a third victory in the WellChild Cheltenham Gold Cup.

Mullins appeared destined never to win the blue riband after saddling the runner-up on six occasions, but the largely unheralded Al Boum Photo broke his duck in 2019 and repeated the dose 12 months ago.

Just as he has in each of the past two seasons, the nine-year-old will line up in the Cotswolds on the back of a solitary low-key run at Tramore on New Year’s Day — and Mullins is hoping for the same result on the day that matters most

“We think he’s in a good position,” said the Closutton handler.

He did not impress everyone during what was a slightly laboured latest effort at Tramore, but Mullins expects considerable improvement.

“I thought I had him straighter,” Mullins admitted.

“He had such a long break from his Gold Cup last year, had no spring campaign as such and it was a long time back around to Tramore.

“He probably should have done one more bit of work beforehand, but we got through it and we learnt from that and I think he’s in great shape going to Cheltenham this season.”

Mullins, who also saddles Irish Gold Cup winner Kemboy, views A Plus Tard and Champ as the biggest threats to his reigning champion.

A Plus Tard denied Kemboy a second Savills Chase win with a last-gasp Leopardstown success over the Christmas period, while Champ warmed up for his Gold Cup tilt by finishing second over two miles in the Game Spirit at Newbury last month.

Mullins said: “I think you have to take both A Plus Tard and Champ seriously — both are stayers.

“A Plus Tard is bred to stay and Champ proved that he stayed all day last year.

“The two have both put in huge performances as their prep run.”