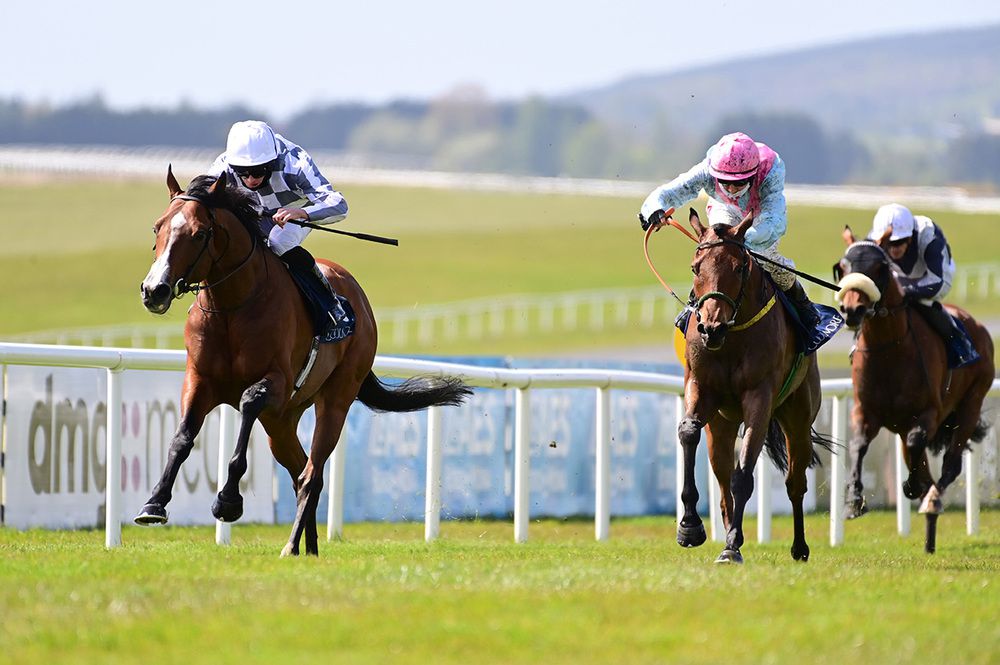 The Aidan O'Brien-trained Broome completed a hat-trick for the season with a convincing win in the Group 2 Mooresbridge Stakes at the Curragh this afternoon.

The son of Australia went to post a 4/9 shot in the ten furlong contest having already struck twice at the trip this year.

Ryan Moore sent his mount into the lead two-and-a-half furlongs from home and Helvic Dream looked a real danger passing the two pole.

The Ballydoyle colt found plenty for pressure, however, and asserted inside the final furlong to record a two-length win.

Moore said afterwards:- “He's a lovely horse and he's come back very well this year. There is plenty left in there and he kind of played with them to be honest.

“He's unbeaten at ten but I do think he'll get further.”

On his prospects back at Group 1 level he added:- “He's only had a couple of goes and has been fourth on two occasions so he's entitled to have another go at it.”