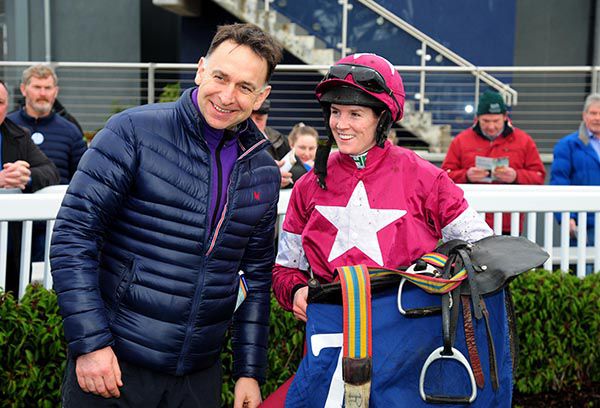 The opening three favourites for this afternoon’s meeting at Clonmel have all been well backed as punters bid to make a quick profit ahead of Storm Lorenzo.

Raya Time has proved expensive to follow over hurdles following an impressive Killarney bumper win last year but the Henry de Bromhead-trained grey is again well-supported from 2/1 into as short as evens for the opening KIlmore Maiden Hurdle.

Whatucallher has also built up a frustrating sequence of placed efforts and is well fancied to open her account in the Kilsheelan Mares Maiden Hurdle.

Edward Harty’s charge, fourth on her seasonal reappearance when favourite at Listowel, is 7/4 (from 9/4) with Paddy Power.

Something Sweet is also a warm order in the Carrick-On-Suir Handicap Hurdle, and early offers of 4/1 are well gone with BetVictor as short as 9/4.

Bective Cave switches from hurdles to fences in a bid to complete a hat-trick in the Tickincor Handicap Chase, and the Matthew Smith-trained gelding is a top-priced 10/11 with Bet365.

Champion trainer Willie Mullins has just one runner on this seven-race card, and Suvretta is a shade of odds against in the bumper having been backed as if defeat was out of question when third on debut at Ballinrobe.