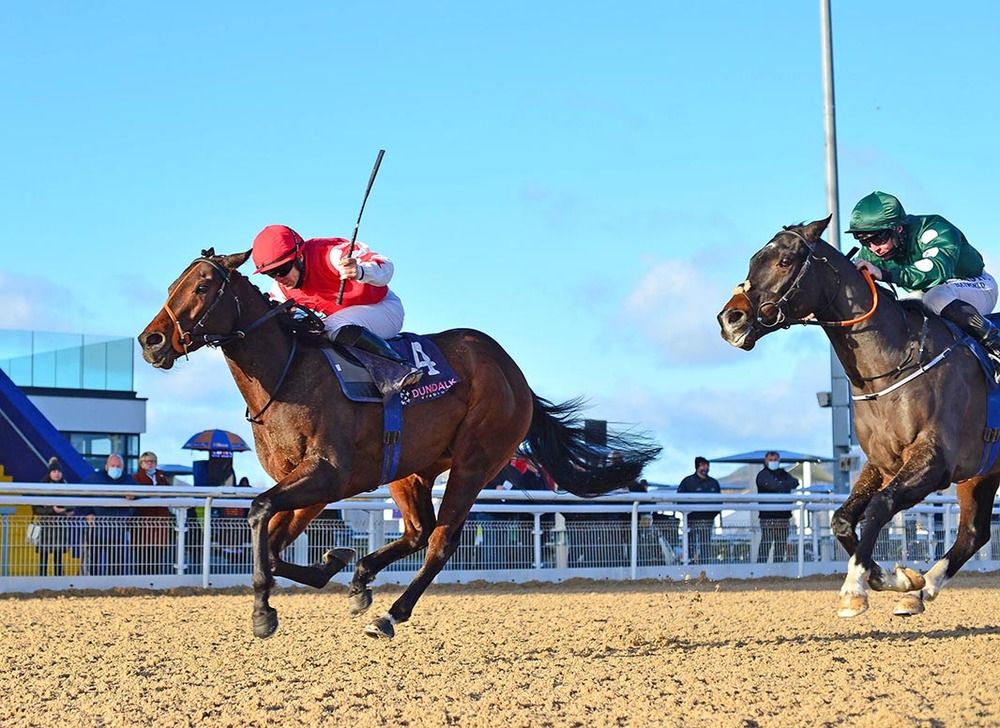 The son of Ribchester chased the leaders and while under pressure in second behind 10/11 favourite Together Aclaim with two furlongs to race, went by passing the furlong pole and eventually scored by a length and a quarter.

Trainer Slattery later stated “he probably had the best form in the race as he finished second to Quick Suzy (subsequent Royal Ascot winner) in a Curragh maiden.

“He wasn’t getting home before and was always a bit free but he’s settling better now. We weren’t sure if he’d get seven (furlongs) but Wayne said after that he probably wants a mile. We’ll tip away here and see what happens.

“He’s named after the owner John Rosser’s brother Andrew who died about six months before he bought him.”