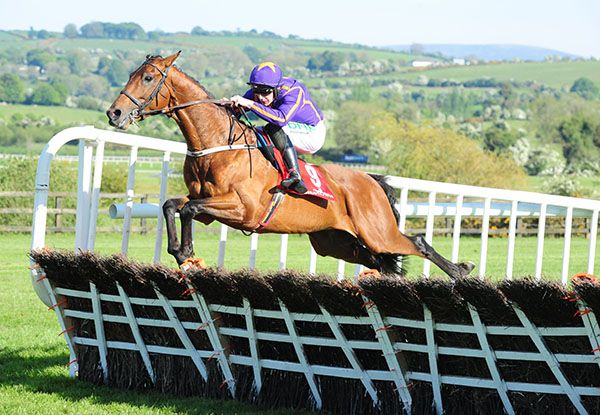 Authorized Art made the perfect start to his career with Willie Mullins, as he took the opener at Punchestown this evening, the Kildare Hunt Club Maiden Hurdle.

Previously trained in France, the son of Authorized had his first four runs on the level, and was successful on his third start at Morlaix.

His most recent effort came over flights at Clarefontaine, and he finished second there, beaten by just three parts of a length.

Sent off the 5/4 favourite today, the bay colt ran around on the approach to the second and soon lead under Paul Townend.

He was pressed by Batts Rock on the approach to the straight, but pulled out more on the run-in, despite landing awkwardly over the final flight.

Three lengths was the winning distance, with Batts Rock (3/1) having to settle for second under Davy Russell for Gordon Elliott.

The front two went twenty-three lengths clear of Father Ailbe in third, with Jonathan Moore aboard this 33/1 shot for Gavin Cromwell.

Mullins said afterwards: "He's a nice sort to look forward to. He's still a colt so I'm not sure whether we will look for another race or geld him.

"I'll see if there is a race for him in France, otherwise he could go to Galway or somewhere like that.

"He was still very green considering he had a run (over hurdles) in France. Even when he met hurdles wrong he had the scope to take off wherever he wanted to."

The winner is owned by Wicklow Bloodstock Limited, who were also on the mark at Killarney yesterday evening with Arctic Fire.