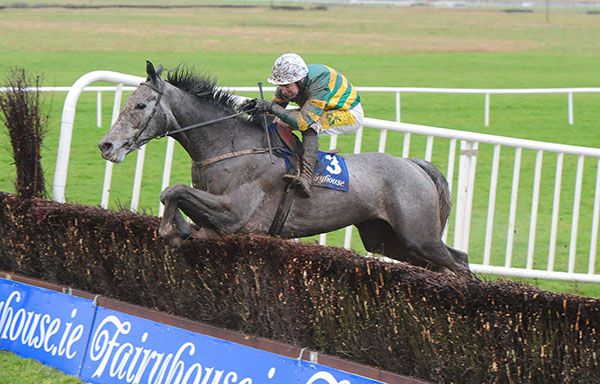 Naas straggler Castle Oliver, beaten 71L into 14th by Cheltenham festival fancy Bapaume, is now the fifth of the beaten horses to win a race on subsequent start.

Prior to today, the third, fifth and seventh placed runners had each won next-time while Fairyhouse's opening race winner Countess Cathleen filled sixth place in the Naas race.

Today Castle Oliver dropped down to handicap chase company for the first time and having been a general 12/1 shot this morning, was eventually returned an 11/2 chance, having drifted from 4/1 on track.

Afterwards winning trainer Padraig Roche stated “that was great. I don't have him that long, he came from Joseph's (O'Brien), he's a lovely big horse.

“I'd say they went a bit fast on that ground and Jody took his time, it was the right thing to do.

“It's nice to get a winner for Mr McManus. I don't know where he'll go now but he's a staying chaser and could go for something similar. He jumps and stays.”