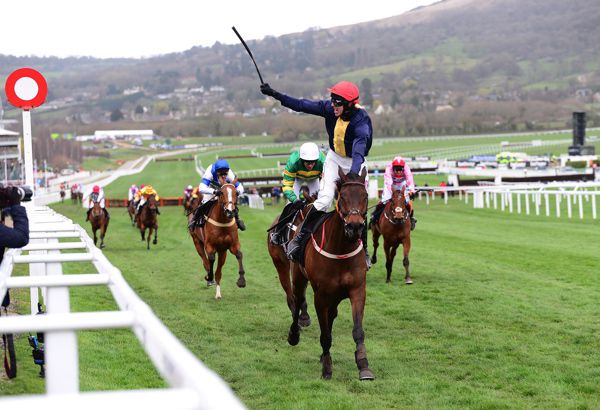 Martin Brassil is looking forward to introducing City Island over fences at the Leopardstown Christmas festival as the Grand National winning trainer intends sending his Cheltenham festival winner for the 2m1f beginners' chase on December 27.

City Island was the appropriate winner of the Ballymore Novices Hurdle at the Cheltenham festival last March as he is owned by Ballymore CEO Sean Mulryan. The six year old was beaten on his final start of the season in the Alanna Homes Champion Novices race at the Punchestown festival.

Brassil reports “we had a good chat about it after Punchestown (festival) and decided to go chasing. He went out on his summer break and we liked what we saw and we've been happy with what we've been seeing since.

“He can run in one of two beginners chases, over 2m1f or 2m3f in Leopardstown this Christmas and the preferred option is the 2m1f race on the 27th.

“We they do start jumping fences it takes more of an effort jumping out of sort of heavy ground but he has had a good bit of practice. We're looking forward to Leopardstown and it will be the driest track in the country at this time of year and good underfoot conditions would be a help.

“He seems to have a good measured approach to chasing so hopefully he will bring that to the track.”