Coen's claim down to 3 after 50th win 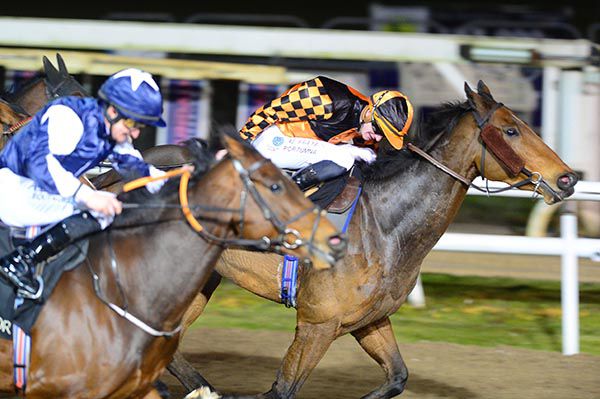 Eacharn (11/2 into 4/1 joint favourite) touched off Loaded (10s into 5s) by a short head in division one of the Lengthen The Odds with BetVictor Handicap at Dundalk.

Winning rider Ben Coen has now lost the right to claim five pounds after his 50th success, this one coming for his uncle Andy Slattery. Tribal Path ended up a length and a quarter back in third.

“It was close enough and I thought we were beat,” said Slattery.

“The race suited, it was a strong pace in it. He idles a bit when he hits the front and if he had seen the other horse coming he might have gone with him if he was beside him.

“He timed it well but he does pull up a bit in front. It's grand to win one with him again and we'll keep on the go.”

S. Foley, rider of Loaded trained by Adrian McGuinness, reported to the Clerk of the Scales that his mount leaned left in the final furlong.