Concorde takes off under Maxwell for McNamara 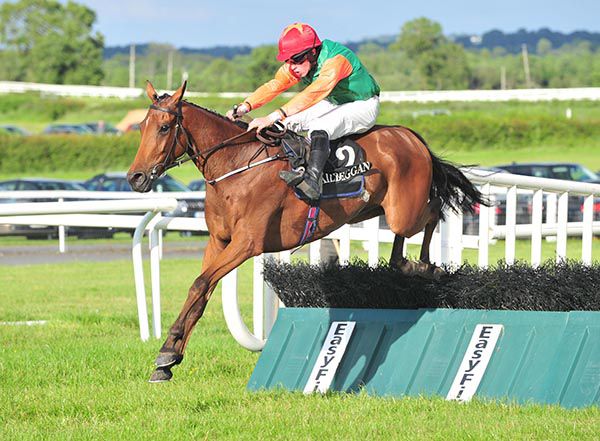 Classic Concorde ran out an easy winner of the Greville Arms Hotel Mullingar Handicap Hurdle, providing his trainer Andrew McNamara junior was his third success in the last twenty-one days.

Placed at Limerick in March, and again over the course and distance on his next start, the six-year-old gelding then fell at Ballinrobe, before failing to make an impact on his most recent outing at Downpatrick.

Sent off at 10/1 this evening, the son of Shantou was settled in mid-division by Dillon Maxwell and was seventh with a circuit to race.

He took closer order from two out and made good progress to lead before the last, stretching clear on the run-in to score easily by sixteen lengths. Courtin Bb (8/1) finished second under Mikey Hamill for Pat Duffy, while Humps And Bumps (8s to 6s) was a further length and a half back in third. Eimear was sent off the 10/3 favourite, and while struggling a long way from home, she plugged on well to take fourth.

Maxwell said afterwards: "I thought he was beaten four furlongs out and I switched him to the outside. Once there were no horses around him he started to pull on and he won very easily.

"He ran over 2m 4f at Downpatrick the last day and didn't have the boot to go but he stayed on at he end and sticked it out better today.

"Hopefully there's more to come from him. That's my fifth win and I'm based with Andy."

The Irish Horseracing Regulatory Board Veterinary Officer examined Blondes No More trained by Eoin Griffin, at the request of the Stewards and reported the animal to be sore on the right fore post race.

R.A. Doyle, rider of Fr Gilligansvoyge (GB) trained by John G. Carr, reported to the Clerk of Scales that his mount found the ground too quick.