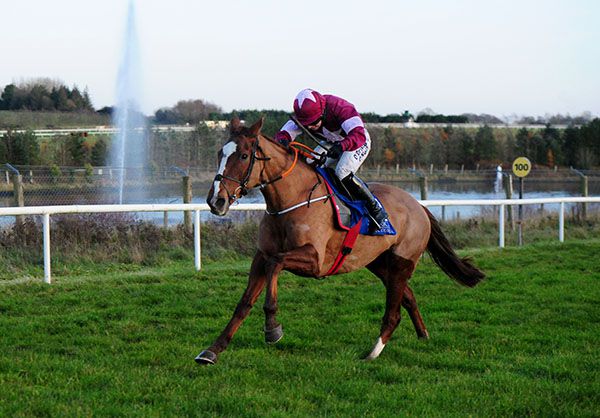 Lisa O'Neill's mount tracked front-running Fairyhill Run throughout and made good headway to collar that rival when she got tired a furlong and a half out. More Info came with her run, however, Darling Daughter was ridden inside the final furlong and kept finding to increase the winning margin to three lengths at the line.

The Stewards received a report from the Clerk of the Scales, Ms Avena O'Keeffe, regarding the failure of Sarah Kavanagh, rider of Chelseas Friend placed fifth to weigh in after this race. Evidence was heard from the rider concerned who accepted that this was the case. Having considered the evidence, the Stewards disqualified Chelseas friend from fifth place in accordance with the provisions of Rule 230 (ii). Furthermore, the stewards were satisfied that Sarah Kavanagh was in breach of Rule 227 and, having considered her record, they suspended her for two race days and ordered that she forfeit her riding fee. Amended result: Darling Daughter placed first, More Info placed second, Wild Atlantic Way placed third, Dysart Diamond placed fourth and Fairyhill Run placed fifth.