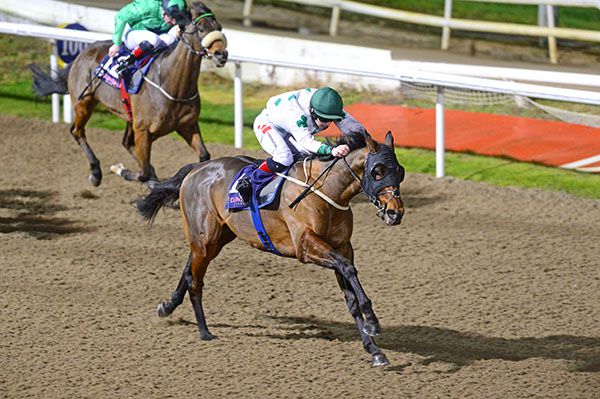 The son of Scat Daddy had previously met interference in-running when finishing third at the venue in November but today, from a wide draw in 12, had a trouble-free passage as he quickened away from his rivals in the closing stages for a two and three parts of a length win over Sayesse

Following the race Lyons' brother and assistant Shane Lyons said “he deserved to win that and was well-in at the ratings. He could be value for somebody if he’s claimed.

“He’s a nice scopey horse and good value going forward for what he is.

“He’s a horse that could do both codes and be a nice summer horse. He likes this track too and should have nearly won the last day.”