Easy for Townend on Pravalaguna 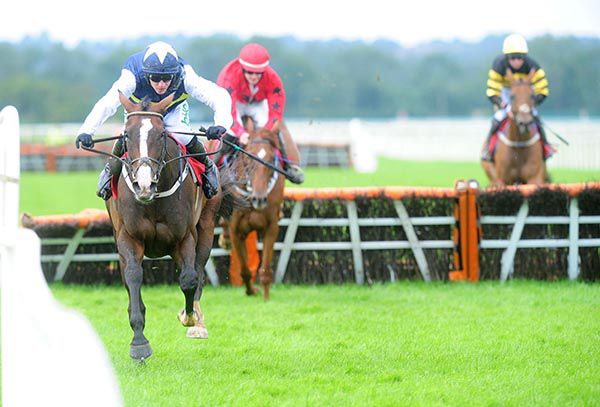 The Joe Walsh Memorial Hurdle looked a really good opportunity for Pravlaguna (4/7 fav) to resume winning ways, and the mare duly capitalised with a ready success under Paul Townend.

After an excellent run in last week’s Galway Plate, where she was beaten less than a dozen lengths in seventh behind Borice, she handled the quick turnaround without any bother, leading before two out and running on to beat Tell Me Annie (20/1) by five and-a-half lengths.

The defections of Everybreathyoutake and Fred The Foot, both due to the softening ground (officially yielding), obviously made the favourite’s task that much easier.

Winning rider Paul Townend, scoring here for his boss Willie Mullins, remarked afterwards: "They went a good gallop for the first half mile but then completely stopped and she was jumping so quick it wasn't helping me.

"It's a good complaint to have I suppose but she got good and keen at halfway and has seen it out well.

"She had a hard race in the Plate - you don't run in a competitive race like that without having a hard race but she had to come here as she was thrown in.

"She has been good to me all her life and it is good to have her back a winner."