Elliott and Kennedy double up with Conflated 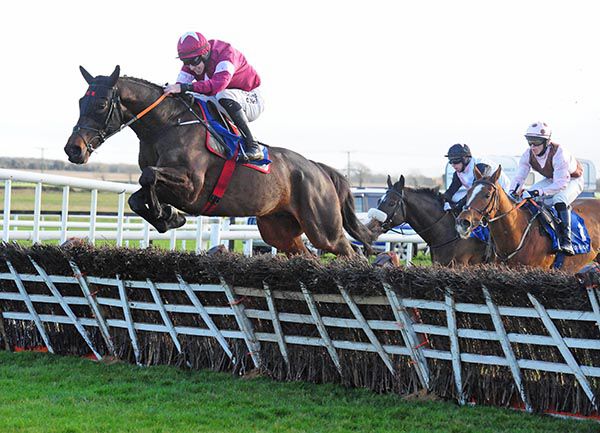 Conflated (12s into 10/1 on course) picked up well from two out to take the Kettles Country House Supporting Fingal Ravens GAA Maiden Hurdle by five lengths from January Jets (14/1).

The 6/4 favourite Sempo was another two and a quarter lengths away in third, having been quite novicey with his jumping on his hurdles debut.

The winner, by Yeats and a half-brother to three winners including useful chaser Ordinary World, won a bumper at Clonmel in March and, having fallen early on his hurdling bow at Wexford, was a promising third behind smart types Midnight Run and Colreevy at Cork earlier in the month.

Jack Kennedy’s mount was completing a quick double for the rider, and also for winning trainer Gordon Elliott, who remarked: "He’s a grand horse and is a chaser in the making.

"He’s very keen at home and he’d a nice run at Cork the last day. He learned a lot there today and is a nice horse.

“It’s good for Jack to get back on a few winners as well.”