Elwood keeps the scoreboard ticking over for Elliott 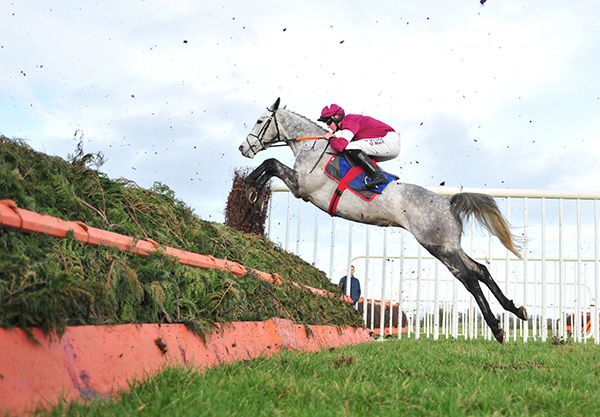 It didn’t look likely when he turned for home in a moderate fifth, but Elwood (10s into 9/2 on track) began to stay on well after two out in the www.thurlesraces.ie Beginners’ Chase, where the disputing Advantage Point was a faller.

The principals had got racing plenty soon enough, and the Martaline grey, a half-brother to Delta Work and Cap York, stayed on best for Jack Kennedy to forge two and three quarter lengths clear of 11/8 favourite Mormon with Line Out (7/1) a further length and a half away in third.

2017 Melbourne Cup third Max Dynamite seemed to enjoy his first outing over fences, and was prominent before tiring after two out to finish fourth.

Elwood won over hurdles in France for Emmanuel Clayeux as a four-year-old, and ran okay a few times over hurdles in Ireland in 2019, before finishing seventh on his chasing debut at Navan last month.

"They looked like they were going quick in front and we looked like we were going to finish a bad third or fourth, said winning trainer Gordon Elliott.

"It ended up suiting us as they all fell apart and we picked the pieces up although Eddie Harty's horse (Advantage Point) looked like he had the winning of it when he fell.

"He is more of a handicapper than a graded horse and is nothing like his brother (Delta Work, by Network)."