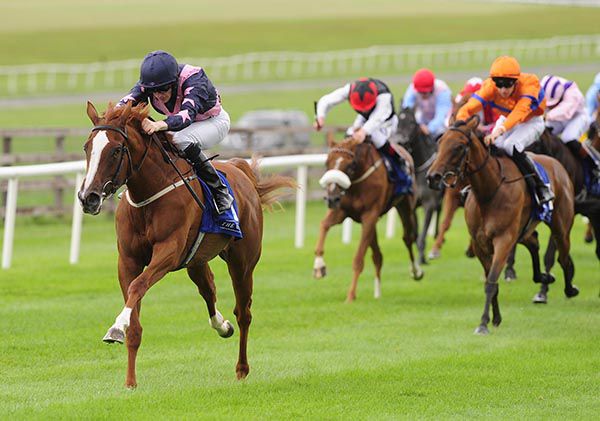 Paddy Twomey’s 102-rated daughter of Foxwedge holds an engagement in the Irish 1,000 Guineas at the Curragh on May 26th — and although a beaten favourite eight days ago, she was far from disgraced in the Athasi Stakes at headquarters.

Foxtrot Liv was the subject of plenty of market support, hardly surprising after she finished second to subsequent Newmarket Guineas heroine Hermosa on her previous start.

Beaten barely two lengths in fifth, on her first outing in 218 days, it could be seen as a satisfactory effort — and a springboard to Tuesday’s task.

Twomey’s chestnut is back solely against her own age group here, and it will be interesting to see how Billy Lee’s mount gets on up to this extended mile trip. Cnoc An Oir may give Foxtrot Liv most to do.

She is owned and was bred by Joan and Denis Brosnan, and the Croom House Stud couple would certainly relish a win at the beautiful County Kerry venue.

The chief events of interest elsewhere on the card are arguably the closing two races.

Jessica Harrington and Edward O’Grady are represented in these long-distance events.

Harrington’s Punchestown runner-up Conron goes in the two mile one furlong BetVictor Handicap, in which O’Grady’s Venezia is also of note after a win at Navan win.