French import gets the Cash for Townend and Mullins 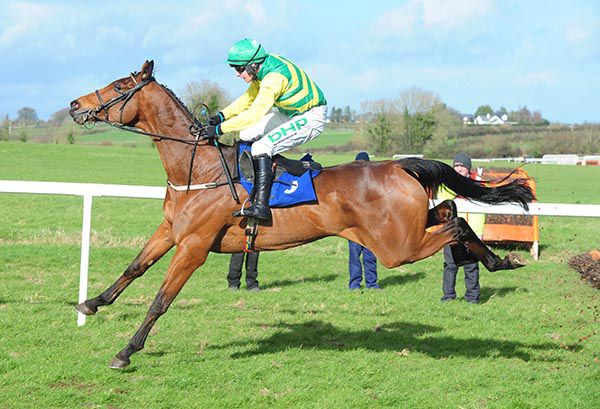 Cash Back untidy at the last
© Photo Healy Racing

Cash Back was easy to back on his Irish debut in the two-mile maiden hurdle at Thurles this afternoon but got the job done for Willie Mullins and Paul Townend.

The 10/11favourite, who had been as short as 1/2 this morning, tracked leader Ringo Kid before taking up the running after the third last.

He was asked to assert jumping the penultimate flight and had a healthy lead when untidy at the last.

The French-bred kept on in the closing stages to post a three-and-three-quarter length victory on his first outing for new connections.

"I don't know what depth of a race it was but he was more manageable than he was in France anyway and he will have to improve from it,” said Townend.

"He'll jump a fence in time too and he jumped brilliant bar the last. He galloped by the line and around the bend afterwards so he is a nice horse. He'll handle more of an ease as well."