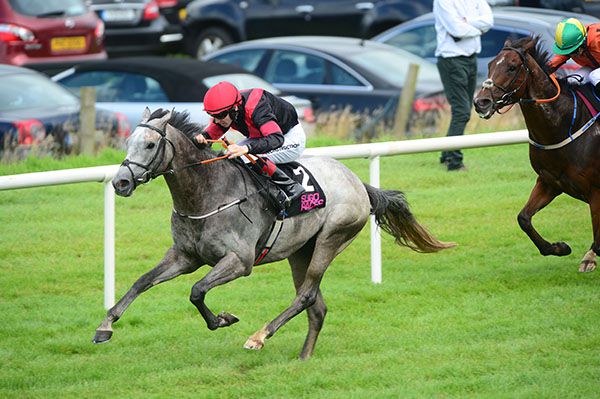 McGuinness wasn't present but his assistant Stephen Thorne later said “it's some week for the Dooleys having won the Galway Mile last week.

“This horse had a hold up. We went juvenile hurdling with him in the spring and he had a little niggle so we had to stop with him.

The plan was to come back for Galway but we were drawn 19 last week. He definitely need juice in the ground, that's the key to him, and it was borderline whether we'd run him or not.

“We picked him out at the sales last year, he's a very athletic type of horse and the perfect horse to go juvenile hurdling.

“The syndicate are after spending a lot of money on these horses and they've had to wait but by God they've been rewarded this week.

“We'll try and aim for one of the big handicaps on Champions Weekend if we get him high enough and he might have to go for another race in between.

“He could go back over hurdles, maybe somewhere like Listowel when the ground gets softer.”