Haggas relishing another year with Sea Of Class 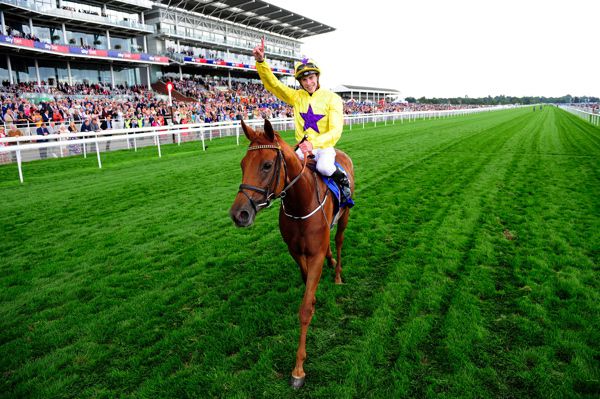 Just the thought of taking on the mighty Enable again in 2019 would have many running for cover — but William Haggas is keen to pick up the gauntlet with his own poster girl, Sea Of Class.

The pair fought out arguably the finish of the year in the Prix de l’Arc de Triomphe at ParisLongchamp in October — and the Newmarket handler hopes that was a sign of the battles to come between the talented duo, giving racing fans even more to savour.

Newmarket trainer Haggas said: “I think the programme has been designed to encourage connections of fillies like these to keep them in training and this is essentially a reward for that.

“It’s very rare for a filly like Enable to stay in training at five, and very often a filly like Sea Of Class would be retired, too, after the season she has had.

“I got wind that Enable was going to stay in training before it was announced and it just means we’ve got another year to take her on.

“It has got to be good for the sport and a boost for the BHA as they get some criticism, but this one they got right by encouraging these horses to stay in training.

“Sea Of Class is obviously a high-class filly, but we’ve got to get her through the winter and get her enthusiasm back and start all over again.”

Though the daughter of Sea Of Stars had to settle for second best in France when in pursuit of her own Group One hat-trick following wins in the Irish and Yorkshire Okas, there is hope with a potential change of tactics the roles could be reversed in the future.

Haggas said: “She was quite keen in her work early doors and we sort of got into the thing of getting her settled.

“The two small-field Listed races at Newbury she won, we could afford to drop her out if you like and have her at the back of the field as she didn’t have many opponents and that became the trademark way to ride her.

“I’m not convinced that is the way to ride her and one of the things we are going to try to do next season is ride her more prominently.

“There is no point giving them starts as effectively that is what cost us in the Arc, as we gave the Enable too much rope early on. Both James Doyle and I will be keen to try a different tactic when the time comes.”

Despite Sea Of Class not running as a two-year-old, the Classic-winning handler knew from the very start he was dealing with a potentially top-class filly — one capable of going on to achieve such high levels of success.

Haggas said: “She didn’t come in until Christmas last year, but when we started working she always showed a bit. We fancied her at Newmarket and we thought she might win first time.

“Of course it was disappointing, but she’s out of an Hernando mare so we always thought she would be better at further — she just showed so much speed, that’s why we ran her over a mile.

“Quite often with those staying horses if they have speed it means they are good and that is why we went straight for a Listed race at Newbury after Newmarket.

“It’s a big step up from a Listed race to a Group One or a Classic, but you don’t run them unless you think you have got a chance of competing well.

“I think every performance was pretty impressive in its own right, bar possibly her second Listed win.

“Her victory in the Irish Oaks was pretty impressive, as she came from the back of the field, and in the Yorkshire Oaks she was really good.

“In the Arc, OK she got beat, but she was probably another step ahead again. Each run was an improvement on the previous one and that is what each trainer wants from their horses.”

Having enjoyed the type of season every trainer aims to live with a talented filly like Sea Of Class, who has recently returned from a short break at Gilltown Stud, Haggas earmarked another filly that could be up to reaching such lofty heights in time.

He added: “We had a few run promisingly at the back end. There is a filly of Mr (Anthony) Oppenheimer’s we like called Frankellina.

“She won at Yarmouth and although it was not that impressive, and there is still a long way to go, I do like the look of her. Whether she is a Sea Of Class, I’m not sure about that, but she is nice at this stage.”