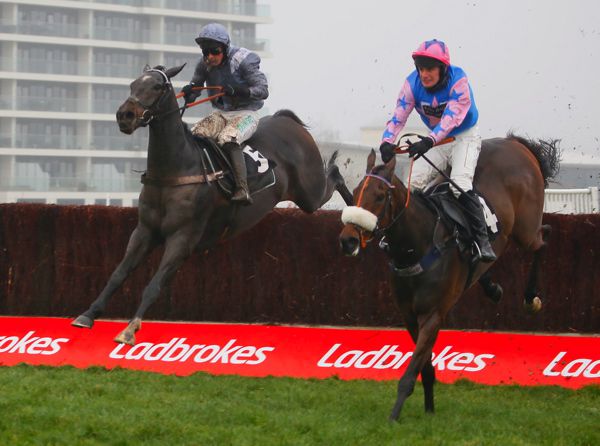 Nicky Henderson has ruled the Ladbrokes Trophy out for Santini, with a run at Sandown on the cards instead.

Narrowly beaten in the RSA Chase at Cheltenham in March, as a lightly-raced second-season chaser — the type of which do so well in the Newbury race — the seven-year-old had been installed as ante-post favourite for the big early-season handicap.

But Henderson believes the hurly-burly nature of what was the Hennessy Gold Cup would not be suitable, and is instead eyeing a potentially easier comeback option at Sandown — a route he used for Might Bite a couple of years ago.

“It (Virgin Bet Future Stars Intermediate Chase) seems an obvious starting point for him, because he has not got a lot of experience,” said Henderson.

“I didn’t think about the Ladbrokes Trophy for him, because he has only had three runs over fences, and I think he would be short of experience for that.

“He has been good since coming back in and did his first piece of work on Saturday, like a lot of them did. He needed it, and will come forward from it.”