Hill on top as placed horses are claimed in Sligo's opener 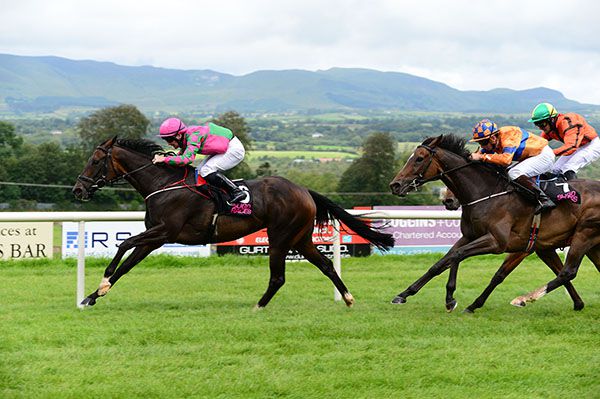 Ridden by Gary Carroll, Grove Hill, a daughter of Millenary, was held up in mid-field before making headway before the home straight.

The pair moved to the front with a furlong to race and held off the challenge of fast-finishing Heir Of Excitement, under first-timer jockey Cathal Gahan, by half a length.

Winning trainer Mick Mulvany wasn't present and afterwards jockey Carroll later said “that was great. Poor Mick is in hospital so hopefully that will cheer him up. I think it's just something minor — a check up.

“I jumped and got a nice position. I thought we went a real good gallop and she just saw it out but she's a good honest filly.

“I think she'll jump a hurdle too. She's here to be claimed, I suppose, and whoever claims her will have a lot of fun with her. She's a good genuine filly.”

Runner-up Heir Of Excitement, whose current rating of 40 is now set to climb, was later claimed for E8,000 by trainer Pat Martin, third-placed Easter Racer was claimed for E12,000 by Michael P Kearney to be trained by Sean Byrne while fourth-placed Cash In Mind was picked up for E4,000 by trainer John McConnell.