Ideal Pal attracts plenty of money and justifies the confidence 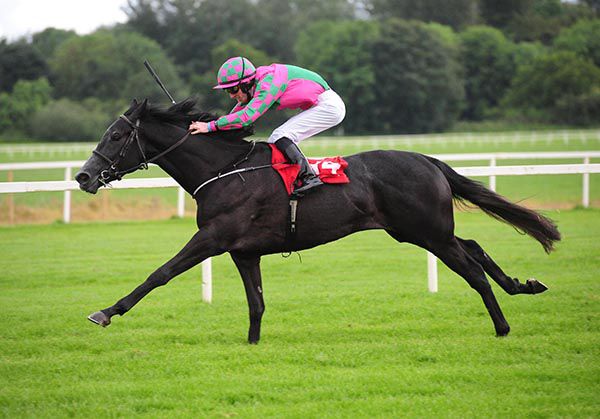 Ideal Pal halved in price from 10s into 5s on track after being backed at bigger odds earlier and he delivered in divison one of the Gina & The Champions Play July 12th Handicap at Cork.

Nathan Crosse did the steering for the Mulvanys and the lightly-weighted grey comfortably accounted for Voyageofdiscovery by two and three parts of a length.

"He was well in with the likes of Meryems Way and was crying out for a bit of give in the ground," said winning trainer Michael Mulvany.

"I was disappointed when I arrived that the rain hadn't come as his breed want heavyish ground.

"I was hoping for a good run but I don't know who got dug into him (price-wise). He'll make a lovely three year old hurdler and if somebody came with enough money he is for sale!"

The Irish Horseracing Regulatory Board Veterinary Officer examined Red Sole Diva trained by Joseph Patrick O'Brien, at the request of the Stewards and reported the animal to be post race normal.

The Stewards requested a report from Michael Mulvany, trainer, as to the apparent improvement in form of Ideal Pal, placed first, as compared with its recent run at Sligo on May 21, when finishing 9th of 13 runners and was beaten by 14th lengths. The trainer reported that his charge got no luck in running at Sligo and felt a trouble free run today had brought about the apparent improvement in form. Having considered the report, the Stewards noted the explanation offered.