Jarlath Fahey gets a Cork boost with Lyrical Attraction 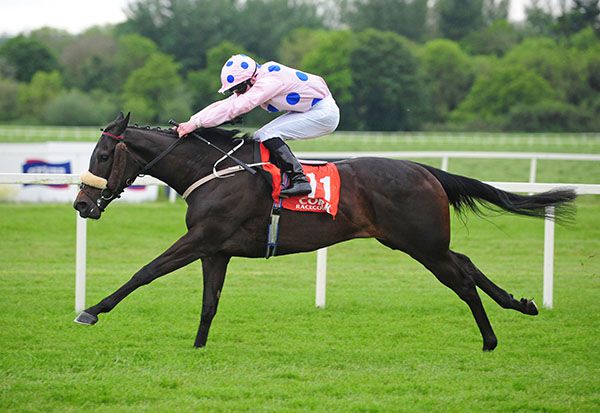 Gavin Ryan rode this daughter of Dandy Man for Jarlath Fahey and the three-year-old asserted from over a furlong out. She had four and three parts of a length and a neck to spare over Pearl Warrior and fellow market-leader, Dreamboat Dave

In this ten furlong event Lyrical Attraction settled behind the leaders, and she was seventh at the halfway stage.

The Catherine Harrison-owned filly made progress in fourth three furlongs out, and she was ridden to lead two furlongs out.

From there she kept on strongly to provide a boost to the Fahey yard after Flying Crystal had refused to race at Wexford earlier on.

The Stewards fined John James Feane, trainer, €65 for failing to fit cheek pieces to Bellepower, prior to entering the parade ring.

S.M. Crosse, rider of Esprit De Lumiere trained by Joseph Patrick O'Brien, reported to the Clerk of Scales that his mount was awkward away from stalls and never travelled thereafter.

A.C. Persse, rider of Light Breeze trained by Joseph Patrick O'Brien, reported to the Clerk of Scales that his mount hung badly to the left in the straight.

T.P. Madden, rider of Der Mc trained by P.A.Fahy, reported to the Clerk of Scales that his mount hung badly to the left during this race.

The Stewards received a report from the Clerk of the Scales, Ms. Avena O'Keeffe, that J.M. Sheridan, rider of Ellaat (GB), had presented himself at scales to weigh out at 3lbs overweight.

Evidence was heard from the rider concerned who stated that he had to carry 2lbs overweight as that was his set minimum riding weight by Rule.

This overweight was declared under Rule 198.

His evidence was given in the presence of Ms Meghan Donovan, Authorised representative of Denis Gerard Hogan, trainer of Ellaat (GB).

Having considered the evidence, the Stewards were of the opinion that J.M. Sheridan was in breach of Rule 198 (v) and having taken his previous record into consideration, fined him €150.