Kennedy back in winners enclosure at local track 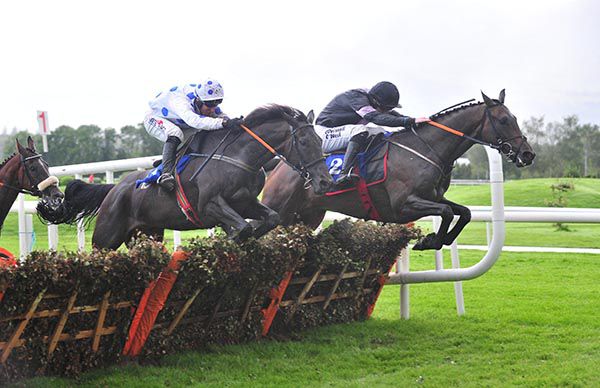 Kerryman Jack Kennedy partnered his first winner after his recent return from injury when Everybreathyoutake ran out a game winner of the concluding Irish Stallion Farms EBF Novice Hurdle at Killarney.

The Gordon Elliott-trained gelding came to battle it out two from home in the two-mile-six event as 4/6 shot Doctor Duffy also challenged.

A better jump at that penultimate flight gave Everybreathyoutake a narrow advantage and the 11/4 shot held his rival at bay in the closing stages to record a half length win.

"I was worried about the ground and Jack gave him a good plucky run around,” said Elliott.

“He had to go for the run up the inside and it was the difference of winning and losing. It's nice for Jack to get back with a winner as he is only back from an injury.

"He wouldn't go in the real depths of winter but we'll see what we can find over the next few weeks."