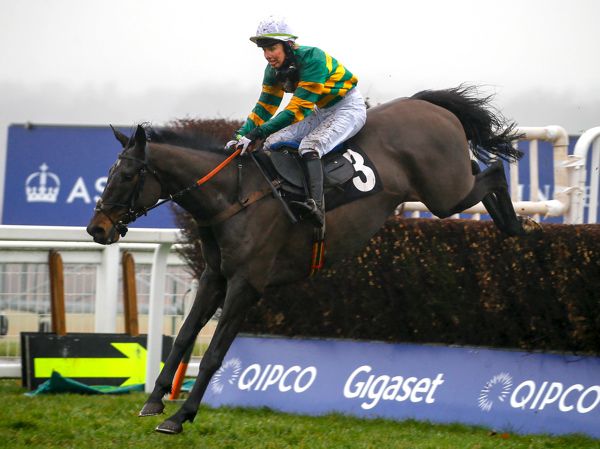 Drumcliff is an interesting contender among a field of six declared for the Joe Cooney Memorial Hurdle at Kilbeggan this evening.

A four-time winner when trained in the UK by Harry Fry, the JP McManus-owned gelding makes his debut for Aidan Howard now.

A faller when last seen in the Galway Plate of 2018, he reverts to hurdles here for the first time in nearly two years and will be ridden by Niall Madden in the extended two-mile-three-furlong heat.

The Gordon Elliott-trained Tombstone is the highest-rated runner in the line-up and is sure to have plenty of supporters, fitted with cheekpieces for the first time.

Denis O’Regan will be aboard Westland Row and he takes the ride on Rocky Court in the feature Follow @KilbegganRaces On Instagram Handicap Chase.

A good second on debut for Tony Martin on his penultimate start, the son of Court Cave looks to have solid claims in this competitive contest.

Four of the 10 declared here are owned by McManus, with Joseph O’Brien responsible for three of them; Plinth Ivanovich Gorbatov and Punches Cross

The locally trained Lucky Pat has filled the runner-up spot on his last two starts and would be a popular winner, while Mega Mindy (first time tongue-strap) and Mrs Lovett are other leading contenders.

The five-year-old Luis Van Zandt is however the stand out name here after he finished an eye-catching third at Fairyhouse in April. Eamon High (first time tongue-strap) also finished third on his most recent start and he can be expected to go close in the Kieran Kelly Memorial Beginners Chase.

Brog Ahon and Traidisiun are two of the more obvious hopes in the opening BetVictor Bet E5 Get E40 Offer Maiden Hurdle, with the Gordon Elliott-trained Mooltazem another for the shortlist.

German import Guiri is likely to attract plenty of market support in the Follow Kilbeggan Races On Facebook Maiden Hurdle, while the Willie Mullins-trained newcomer Mountainmore should give a good account of himself in the concluding Lengthen The Odds With BetVictor INH Flat Race.