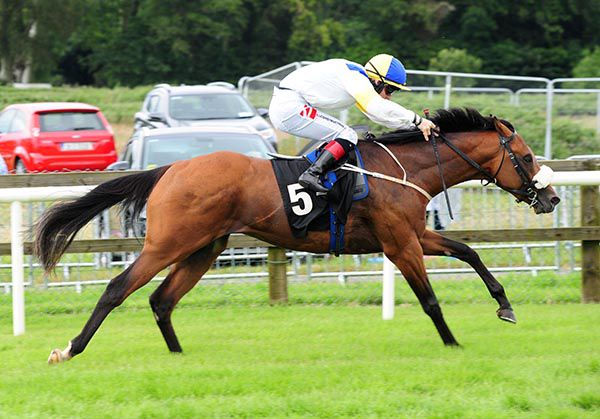 Marchons Ensemble asserted in the closing stages to justify his short price in the opening median auction maiden at Bellewstown.

The Ger Lyons-trained colt was sent to post an even-money shot having been runner-up to Crossfirehurricane on his debut at Limerick last month.

Colin Keane tracked the leaders on the hotpot before asking him for an effort passing the three furlong pole.

He hit top stride when they straightened up and got to the front over a furlong from home.

Lyons said: "He's a work in progress. He's owned by Graham (Bradley) who was very good to me when I was riding in England so I am returning the favour.

"We didn't know if he was any good or not until we got stuck into him. We thought we would win a little race like this as time went on.

"There's more improvement in him and being by Pour Moi he will get further. At this moment in time, looking at him, he could be a Galway nursery horse on the Saturday.

"He appreciates a little bit of ease in the ground.

"I'm delighted to train a winner for Graham as he was good to the young lads in the north of England. He was good to me, so you return the favour when you can."