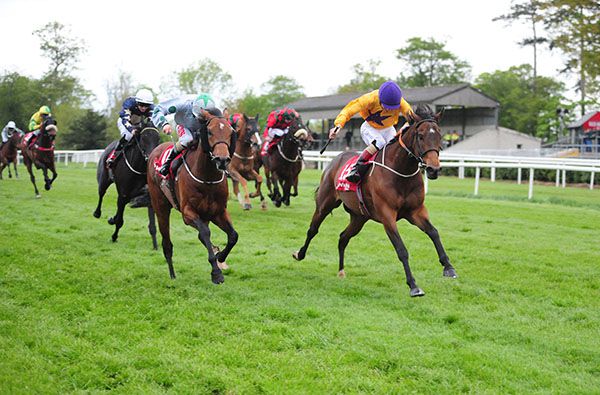 Division one of the Racing Again Gowran Park 29th May Handicap at Gowran today produced a result which was remarkably similar to one held at the Co Kilkenny track on Sunday as Meryems Ways today won for trainer Pat Martin and jockey Killian Leonard.

“We were glad to see the rain and I think if it had dried out we wouldn't have turned up.

“I spoke to Paddy Graffin (Clerk of the Course) yesterday and he assured me it would be lovely and safe. I think we got more rain than was anticipated which was ideal for her. She's a typical Tough As Nails, they like a good dig in it.

“She didn't travel as well as that on Sunday, she was on and off it on Sunday. She was always travelling well tonight and I was afraid that we were travelling too well and mightn't have much left.

“She had to battle well at the end and the first two came away a bit. I'd say being wide was a help.”