Peace Charter and So Wonderful clash again at Naas 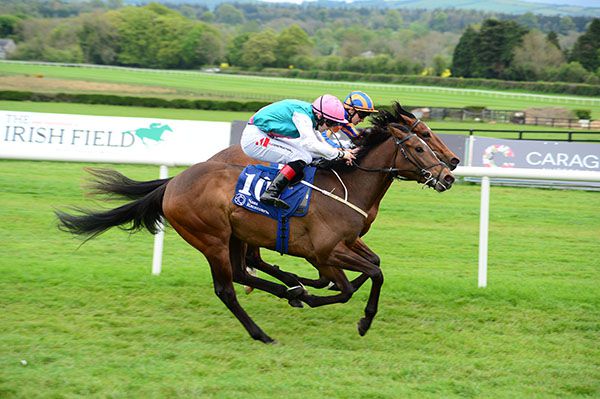 Peace Charter and So Wonderful clash again in the Coolmore Stud Irish EBF Fillies’ Sprint Stakes at Naas on Sunday.

Ger Lyons’ Peace Charter came out on top against Aidan O’Brien’s So Wonderful over course and distance 20 days ago, with both fillies looking to have bright futures.

A War Front filly out of an American Grade One winner, Peace Charter got up close home to beat O’Brien’s highly-regarded youngster and round two could come down to which horse benefited most from the experience

Fozzy Stack takes on the big two with a duo of his own, Yesterdayoncemore who has been second on both her starts to date, and American Lady who was not disgraced in Listed class last time out.

“American Lady was unlucky not to be placed in a Listed race at the Curragh and deserves to come here and take her chance,” said Stack.

“Yesterdayoncemore was second to a good colt of Aidan’s (King Neptune) last time out and she is in good order at home. Hopefully they can both run well.”

He had a couple of runs out in Dubai but it did not really work out for him so Marnane is hoping for an encouraging performance.

“He came back from Dubai in good form,” said Marnane.

“He had a wind operation out there and was a little late coming back to us, so we are a little behind schedule with him, but he’s in good form and this looks a lovely race to start back in with a view to heading back to Ascot,” said Marnane.