Rocky Shores gets the job done in Roscommon 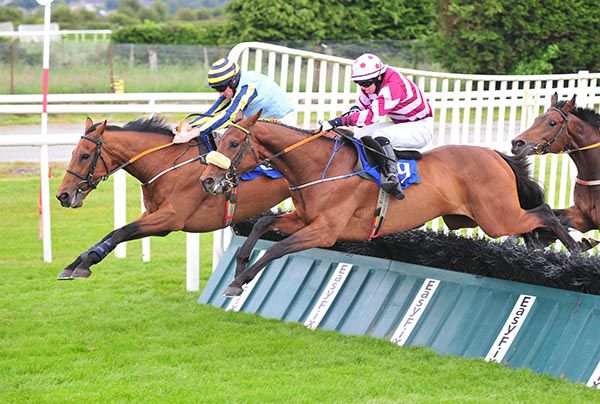 Harry Kelly's Rocky Shores just got the better of Razoul after a prolonged battle on the run-in of the opening maiden hurdle in Roscommon.

The 5/2 shot battled hard under Darragh O'Keefe to gain a narrow advantage in the closing stages and the pair got the verdict by a neck.

Razoul, who was well supported from 3/1 to 9/4 joint favourite, had to settle for second under Sean Flanagan.

There was a four-length gap back to the other 9/4 joint favourite, Rasiym who was easy to back from 13/8.

Rocky Shores got off the mark at the 16th time of asking. This was his fifth run for Kelly having started his career on the Flat in England for Mick Channon.

A first-time tongue-strap was fitted this evening.