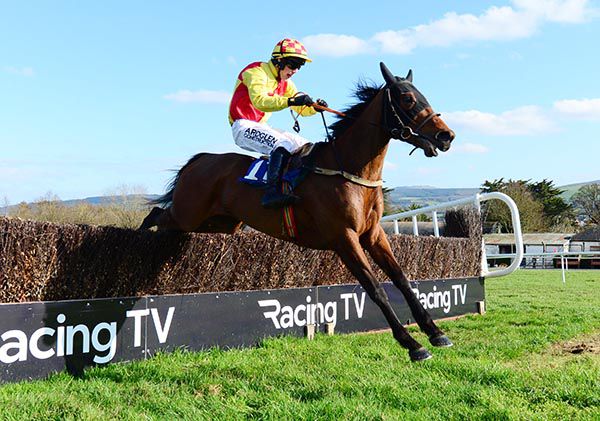 Littlestickarubarb ran out a wide-margin winner of the Slievenamon Beginners Chase after a decisive move by Brian Hayes at the third last.

The Mick Winters-trained mare jumped in the lead leaving the back straight and soon kicked on by a few lengths.

She had her rivals at work turning for home and the 6/1 shot stayed on strongly over the last two to record a 14 length winning margin. Tiantu ran on best late on to finish runner-up.

The winner was making her second outing over fences and has proven ultra consistent, finishing placed on her previous four outings.

"She had a great run on her first run over fences at Tramore and she was only beaten three lengths by a horse who won since,” said Winters.

“She had run in point to points before I got her and while she fell twice over fences, at least she had that point to point experience inside her.