Run The Jewels shines over a mile in Listowel 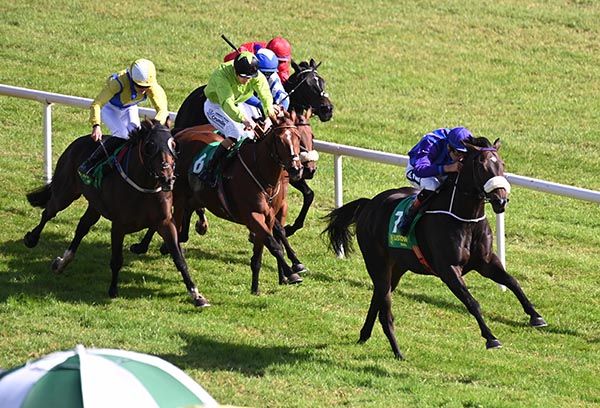 Run The Jewels travelled smoothly into contention in the Thorn Plant Hire Handicap for Scott McCullagh before putting the race away.

He raced in mid-division over the mile trip and made headway on the bridle under two furlongs out.

The Lawman five-year-old arrived in the lead over a furlong from home and was ridden to assert in the closing stages as he hit the line a length and a quarter to the good at 8/1. Way To Win (40/1) took second, a head in front of Darkened (13/2).

McCullagh did the steering for his grandfather, trainer Michael McCullagh.

Assistant trainer Danny McLoughlin said: "He disappointed slightly at Cork the last day when they went a stride too quick over the straight seven and they caught him on the hop. He previously won over seven (furlongs), but we always thought he'd be better over a mile. He likes having daylight and running back over a bend today, with a wide draw, helped.

"I'm over the moon and it was a brilliant ride from Scott. I'll talk to Tom (James, owner) and while we'll try to get as much fun out of him as we can, he likes to breed and he might end up in a sale at the end of the year. He is a big horse who will probably jump a hurdle in time."

He added "I'd like to thank Tom a million for giving us a chance with this horse and to Michael, Niall and Scott. We have five horses in, we're always looking for more and were at the sales this week, so hopefully I'll come across someone who will back me."