Tap Tap and it's a double for Mullins and Townend 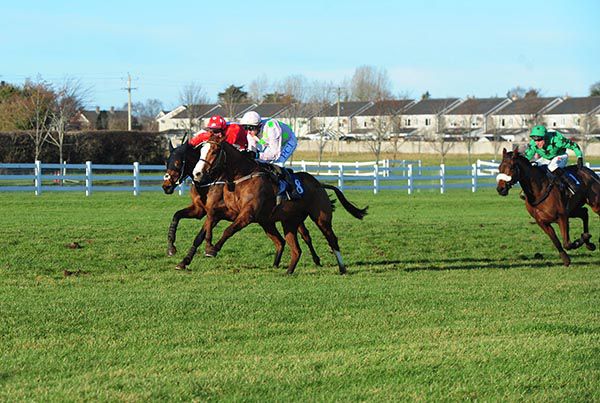 Tiger Tap Tap (8/11 out to evens) brought up a Monday double for Willie Mullins and Paul Townend in the 2020 Naas Membership Maiden Hurdle.

He had to work a bit harder than stable companion Yukon Lil in the mares maiden hurdle half-an-hour earlier but in truth the German-bred never really looked like getting beat.

He might have been feeling the extended distance a little on the run-in. As well as second and third placers Home By The Lee and Ashdale Bob ran, they weren’t really troubling Tiger Tap Tap close home. The distances at the line were a length and a half and a length and a quarter.

“He was entitled to it. He was keen early on and had to work for it in the end but it will do him the world of good to get his head in front,” said Townend.

“He had a very hard race on his first run last year and it took him a while to get over it.

“There might be a little bit still to work with. I'd say he could probably end up going back on the Flat at some stage.”