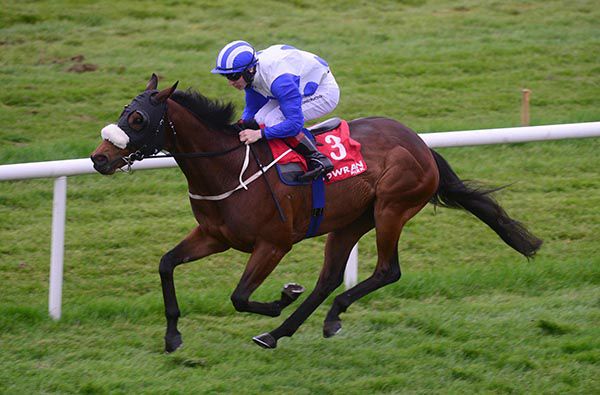 Colin Keane continues to cut out the early front-running for the Jockeys' Championship and steered his 32nd winner this term when winning the 33% Off Tickets On GowranPark.ie Handicap at Gowran today on the Ger Lyons trained Tony The Gent

Keane, Champion Jockey in 2017, moved the winning son of Kodiac to the front with a furlong and a half to race and the gelding kept galloping to record a length and three parts win over Miss Zizi and notch up a fourth career success.

Lyons later commented “I suppose he was due that. When the handicapper has you you just have to keep plugging away until you get down to your mark again.

“It's as fast as he wants it and he deserves that and Colin said he picked up well.

“You'd expect him to win that as he did and he just needs to stay in this bracket.

“We've been claiming off him with the kids but they're just not strong enough for him, he's been taking the mickey out of them.”