War lands the odds in style 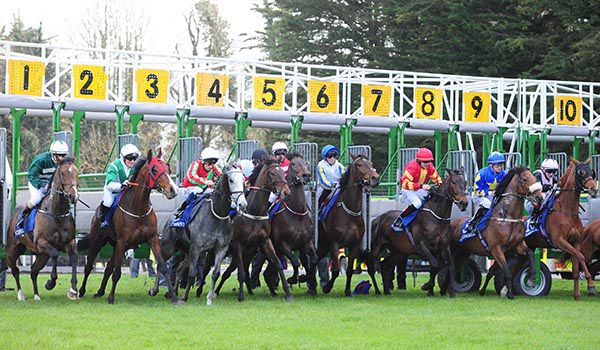 The John Murphy-trained War Diary landed the odds with a straight-forward victory in the Slievenamon Maiden at Clonmel.

Robbie Colgan soon had the 4/7 shot in front in the extended nine-furlong contest and asked him for an effort passing the two pole.

The Declaration Of War gelding stretched clear inside the final furlong to post a seven-length winning margin.

War Diary had been placed on both starts last season, losing out narrowly to Aircraft Carrier on the second of those at Gowran in October.

The trainer's son and assistant George Murphy said:- "He was fresh as it was his first day out this year and it wasn't much of a contest but he did it fairly easy.

"We'll see what the handicapper does and make a plan from there. The ground was slow here today and that's the only reason we ran him but during the summer we'll look for big galloping tracks."