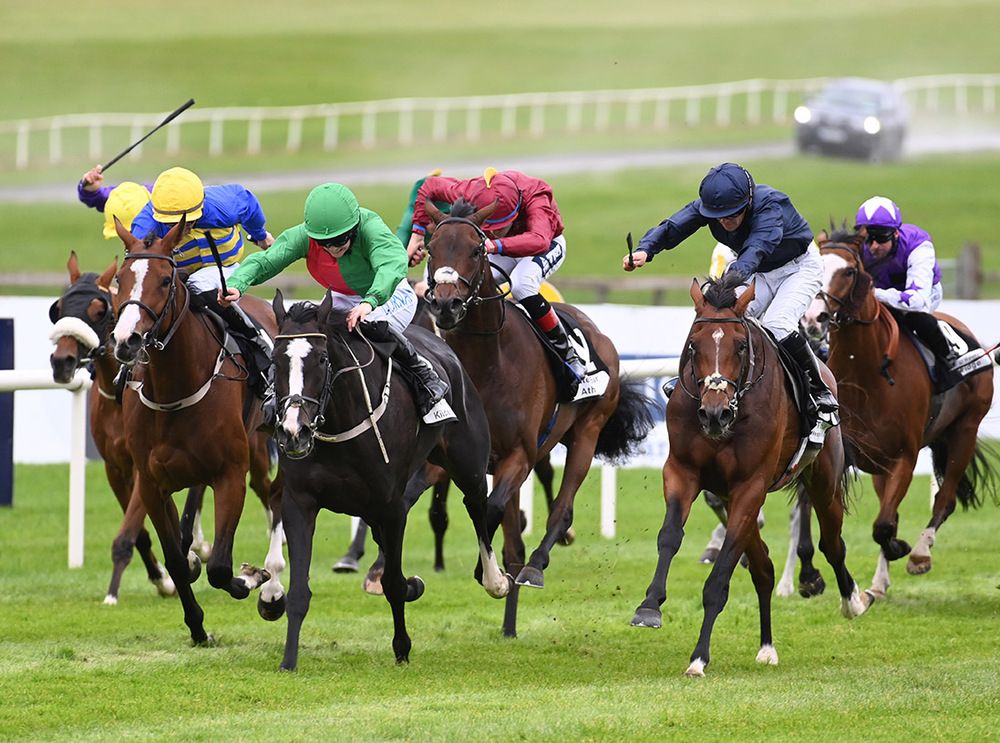 Slowly away, the Camelot three-year-old still had most of his 29 rivals in front of him turning into the straight but Wayne Lordan somehow manoeuvred him through runners and he charged home to catch Echoes Of Rain in the final strides. The latter’s stablemate Lots Of Joy was third and Ruling took fourth.

Winning trainer Aidan O’Brien said: “He’s a horse with an awful lot of ability. We thought in the winter that he was our Derby horse but when we started to race him he became very shy and mentally very backward.

“We decided to take our time with him and not throw him in a Leger or anything like that and give him time to mature.

“Today we were drawn out so far (18) that we thought we couldn’t win with a three-year-old that was so shy. Obviously Wayne gave him the most incredible ride.

“Ryan rode him the last day and felt the trip was going to suit him but it’s like a cavalry charge out there they go that hard and that fast. It’s like the Grand National on the Flat. Wayne kept nursing him and he’s obviously a horse with a huge amount of ability.

“Next year he’s going to be something different. He’s been a baby and didn’t race last year. He’s massive with a beautiful pedigree and looking at him today he’s going to be very at home at Cup trips.

“All credit to Joe Keeling for putting on this race and making it happen. Everyone has a chance at a big pot and the Curragh had the place in super shape for 30 runners.”

Lordan added: “Aidan said he was very well and to take your time in the race and he’ll come on the bridle at halfway. He told me to ride him with loads of confidence.

“He knew the horse better than me but literally at halfway he did come on the bridle.

“I switched him out and he hit the line well. He didn’t kill himself but he was running at the line which was a plus.

“He has a big engine and going that trip when you have a horse underneath you then you can go where you want.

O'Brien later added: "He's entered in the stayers race (Long Distance Cup) at Ascot and he could go there but we'll have to see what the lads want to do as we have been so patient with him this year."