Whelan doubles up on Oliver longshot 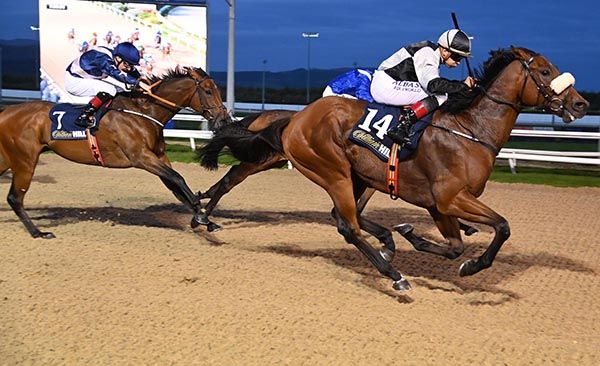 The son of Bobby's Kitten was pushed along with only a couple behind him entering the straight but stayed on strongly down the stand's side to get up close home. He beat Alaroos by three parts of a length with Roman Bull another length and a quarter back in third.

Winning trainer Andy Oliver said: "He won his maiden earlier in the year with a very similar ride from Ronan (Whelan) around Leopardstown. Then just between one thing and another, conditions didn't suit and tracks didn't suit and things didn't work out for him.

"We gelded him during the year. That helped but he ran into trouble at Galway and he came out of it sore on bottomless ground which didn't suit him at all. We had to give him a break after that and he has come back with enthusiasm.

"He has ability. Some of his runs were very good - the filly of Jessie's (Harrington, Paris Peacock) that won the Listed race and Group 3, he beat her in the maiden (at Leopardstown).

"He likes a good, quick track. That's the first time we have tried him here and it obviously suited. Ronan said he shot home and when he got to the front, then he had done enough and he looked a wee bit around him. It was quite impressive and it looked a reasonably competitive race."