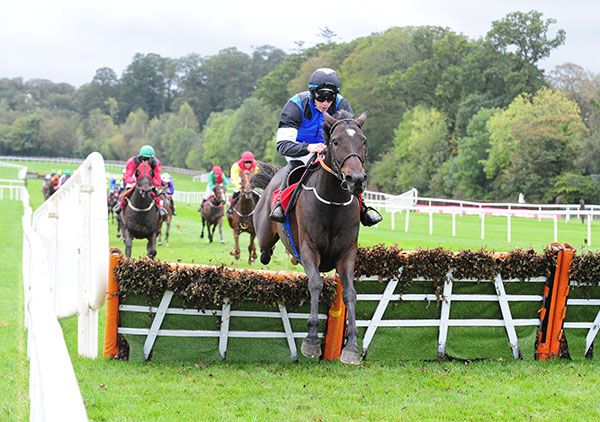 Wild Desire (6/1, from 8s on course) had gained her only previous career victory when scoring at Gowran at odds of 20/1 in June 2018, and she showed her liking for the track again with an emphatic seven length success in the Watch Irish Racing On Racing TV Handicap Hurdle.

The daughter of Beneficial took up the running under Kevin Brouder (fourth winner since last Saturday) at the end of the back straight with three to jump, and from there galloped away from the 4/1 favourite Blackyellowred Percy B Shelley (8/1) was another length and a half away in third, with Golden Glen (20/1) a further six and a half lengths back in fourth place.

“Her only other win was here as well. She was running off 83 there claiming 5lb and that’s the standard she is. It’s great to get another race out of a little mare like her.

“She has a nice pedigree and I don’t think there would be any point on her kept going on winter ground.

“The more galloping tracks seem to suit her as she was also third in Down Royal as well. She travelled well through the race and jumped well.”