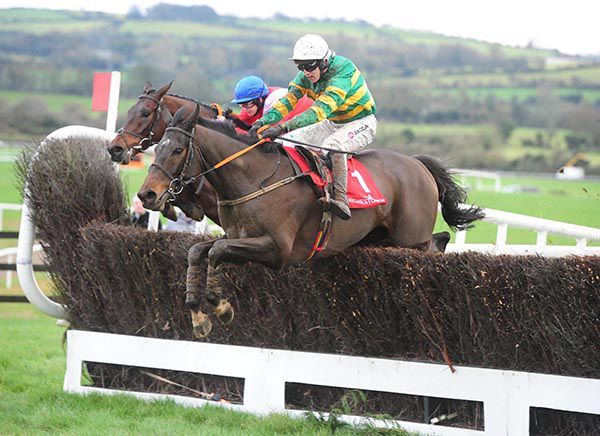 The eight-year-old gelding is three from four over fences for Howard since making the switch from Alan King’s stable.

He is the first horse Howard has trained for JP McManus and heads to Foxrock on a four-timer after winning his last couple of starts in Grade Three company at Cork and Punchestown.

Howard, who also pre-trains for McManus, said: “He’s very good, and I’m very happy with him since Punchestown. He travelled very well in Punchestown and picked up well.

“What he goes for in Leopardstown depends on the ground — he definitely wants an ease and might not even go if it is dry.

“If he gets an ease he is more likely to go for the two-miles-five Grade One.

“He has a long way to go to get to the top. But he deserves his chance in this company and we hope he is a Grade One horse.”

Both of Winter Escape’s Grade Three victories came over two and a half miles.