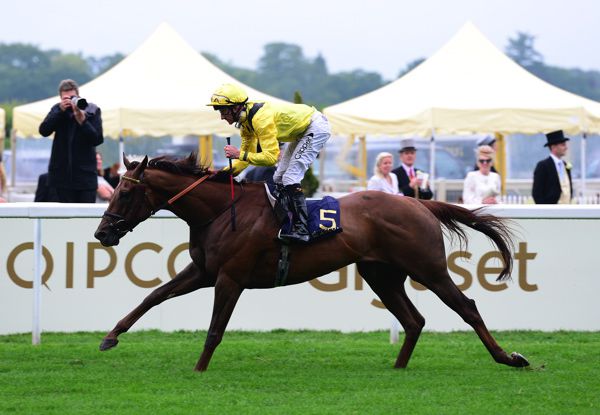 Royal Ascot hero Addeybb will face seven rivals when he bids to follow up in the Dubai Duty Free Full Of Surprises International Stakes at the Curragh.

The William Haggas-trained five-year-old devoured the prevailing testing ground when running out an impressive winner of the Wolferton Stakes in Berkshire — and will be well fancied at Group Three level on Saturday in the hands of Ryan Moore.

Addeybb is one of two British-trained runners in the 10-furlong contest, along with Ed Dunlop’s Global Giant

The Excelebration colt won the Group Three Phoenix Sprint over this course and distance last summer, and returns in great heart after finishing a creditable fourth behind Blue Point in the Diamond Jubilee last week.

He must concede weight all round, with Gordon Elliott’s Beckford and Tom Hogan’s veteran Gordon Lord Byron among his opponents. Flight Risk bids for his third successive win, in the Dubai Duty Free Finest Surprise Celebration Stakes.

Jim Bolger’s eight-year-old has been in the form of his life in recent weeks, landing both the Glencairn Stakes and the Ballycorus Stakes at Leopardstown with a degree of comfort.

The Jessica Harrington-trained Pincheck looks his biggest threat on ratings — but he has not been seen in competitive action since finishing down the field in California last November, so he is perhaps best watched on this occasion.

There is a total prize fund of 50,000 euro up for grabs in the Dubai Duty Free The Irish Village Premier Handicap.

The final event of the day is the Dubai Duty Free Jumeirah Creekside Irish EBF Premier Handicap, over two miles.

Willie Mullins was victorious in last season’s renewal with Low Sun and is this year represented by Legal Spin who makes his first start of 2019.

However, he may have to play second fiddle to St Stephens Green — who is a course-and-distance winner and is trained by the champion National Hunt trainer’s nephew Emmet Mullins.