Bennett getting a great tune out of Sondheim 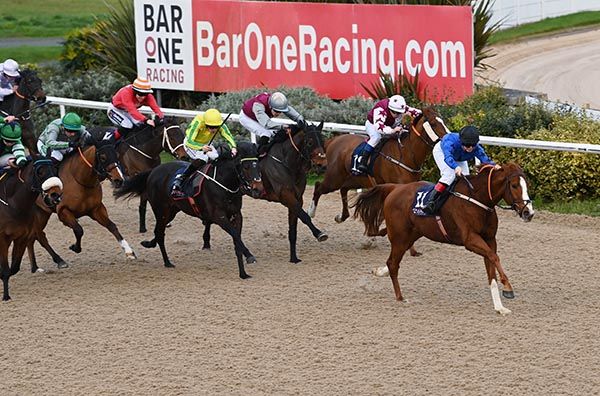 Sondheim (9/2) was a decisive winner of the first division seven-furlong handicap under regular partner Neve Bennett.

The five-year-old broke smartly from a wide draw and worked his way to the front after a couple of furlongs. When asked to extend in the straight, he picked up well and passed the post a length and a quarter to the good from Aristovic in second.

Bennett had won on Sondheim at Cork during the summer, and the Born To Sea gelding had twice gone close over course and distance last winter.

Owner/trainer Craig O'Neill, who was on lead-up duties, remarked: "He loved it. We were happy enough coming here that he was training well but I was a bit worried that he had been off for over 100 days, obviously it didn't matter to him thankfully.

“Neve gave him a great ride, she was nice and positive on him and that's what he likes. She's improving all the time.

He was unlucky last winter to run into a couple but thankfully he got his head in front today. We'll keep plugging away during the winter.”