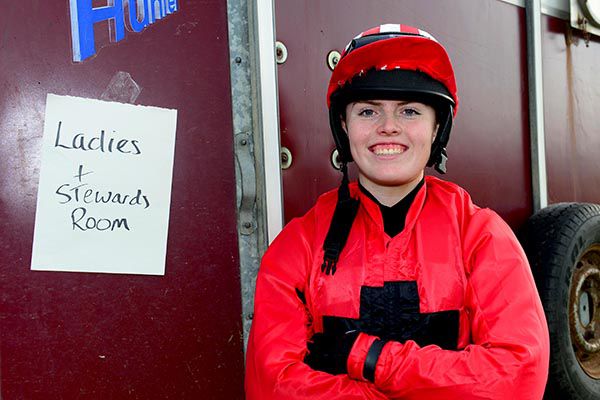 Lisa O'Neill and Georgie Benson play a big part in the Gordon Elliott operation and both are in action for the Cullentra handler at Downpatrick on Saturday.

O'Neill and Benson feature in the concluding Down Time Festival (Ladies Pro/Am) INH Flat Race at Downpatrick, with O’Neill on Santana Plessis and Benson aboard stable companion Three Is Company

Cheltenham Festival-winning rider and dual Kerry National heroine O'Neill needs no introduction and indeed could be on the mark again on the Danny Charlesworth-owned and three-times placed Santana Plessis.

Benson is a little less known to a wider audience and will have just her second racecourse ride on stable debutant Three Is Company.

She finished second on Elliott's Gun Merchant at Tramore at the end of last month and has a point-to-point win under her belt.

That came about when Three Kings obliged at Tyrella in January — but Benson has already enjoyed many big days in the sport.

She has looked after Cheltenham victors Cause Of Causes, Apple's Jade and Farclas, and got deserved recognition when winning the Newcomers Award at last year's Godolphin Stud And Stable Staff Awards.

Three Is Company joined Elliott for 20,000 pound in March, shortly after finishing second in a Lismore point-to-point for the Matt Collins yard.

The Mahler gelding now represents Vincent and Maneerat Caldwell. That couple have fond memories of Downpatrick having won the Ulster National here in 2018 with the Elliott-trained Poormans Hill.

Alpha Indi has missed a number of engagements for varying reasons, but now looks set to make his first appearance for 456 days. He had no luck in nine outings cross-channel for James Evans.