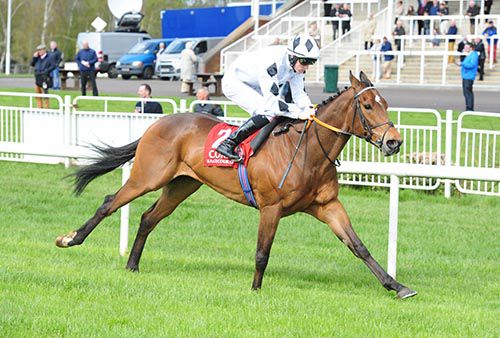 Flat racing returns to Navan on Saturday where the eight-race card has been well supported and is headlined by the Cork Stakes.

The Listed event found a temporary new home at Navan last year and the race is again run at the County Meath venue, as Cork racecourse waits for its new straight seven-furlong strip to open.

The Willie McCreery-trained Downforce has won the last two renewals, one each at Cork (2017) and Navan (2018), and while he retains his old ability as a seven-year-old, his favoured heavy ground will not prevail on this occasion, not helping his chance.

Preference is for the Ger Lyons-trained Medicine Jack who is a dual course and distance winner who finished last season progressing very well, winning a Listed race here in October.

The Richard O’Brien-trained Cautious Approach might take the beating in the Bective Restaurant At Navan Handicap, having won a maiden at Dundalk recently.

The daughter of Dawn Approach has had her rating of just 66 unaltered for winning that maiden race and looks capable of competing from that rating over this mile trip.