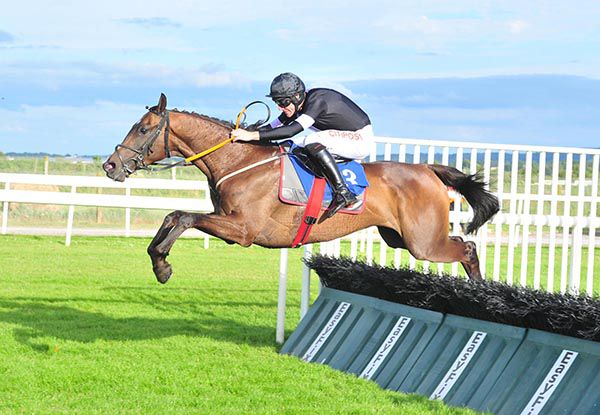 A nimble jump at the penultimate flight saw him clear and the five-year-old gelding strode right away on the run-in. Miami Beach came in second at 8/1 with Elliott's Soldier At War third at 13/2.

“That was great. He has improved a good bit,” Gordon Elliott said.

“We had him as a bumper horse but he was very very weak. Davy said he loved that ground and we'll have a bit of fun with him.

“I think he could even go three miles. We'll try and keep it small and find something else with him again.

“I thought the third horse, Soldier At War, ran well. They didn't go quick enough for him but he stayed galloping very well.”