Go Bears Go not for passing in Phoenix Stakes 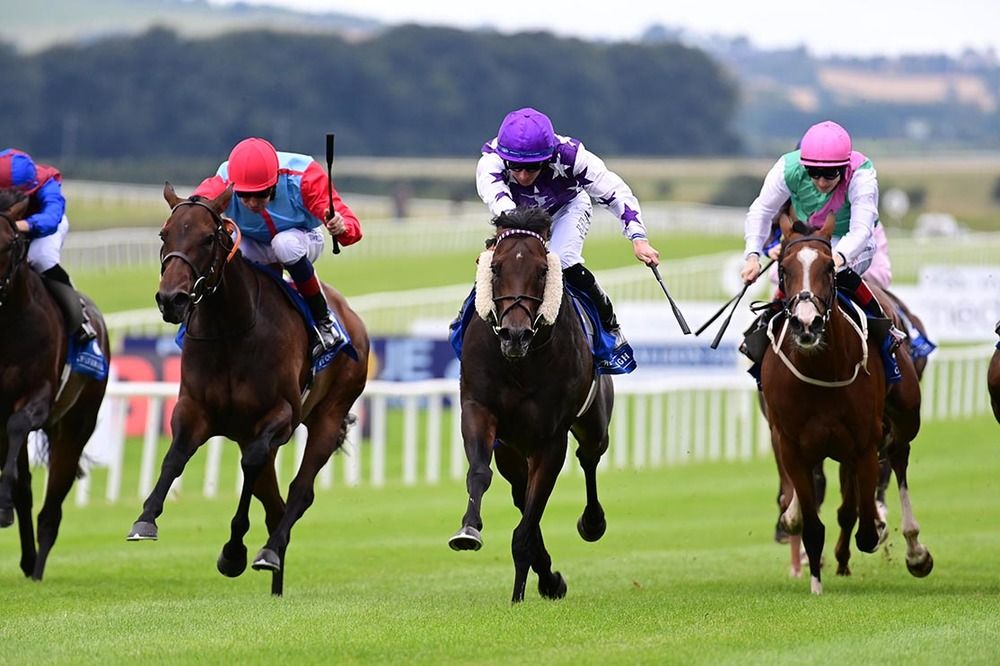 British raider Go Bears Go made all the running under Rossa Ryan to run out a game winner of the Group 3 Rathasker Stud Phoenix Stakes at the Curragh.

One of the smarter juveniles last term, including when successful in the Railway Stakes over course and distance, the David Loughnane trained winner showed real battling qualities to repel all challengers.

Successful on his reappearance at Ascot in April, he went on to finish fourth in the Sandy Lane Stakes, before a mid-division placing in the Commonwealth Cup at the royal meeting.

Showing much more like his old sparkle when runner-up at Newbury last time, the three-year-old was fitted with first-time cheekpieces this afternoon.

The addition of the headgear certainly appeared to help, as he fought on bravely to see off the persistent challenge of Ano Syra Sacred Bridge stayed on late to take the third spot for Ger Lyons.

David Loughnane, “It’s easy to train a good horse. He loves it here — three runs, two wins and a third in the Phoenix Stakes last year where I thought he was a bit unlucky in the wrong part of the track with a strong headwind.

“He disappointed in Royal Ascot but just got out of the wrong side of the bed, overheated and didn’t run his race.

“He’s only been out of the frame twice in his life and is an absolute pleasure to train. He’s a horse that I hold very close to my heart and probably always will.

“He’s a terrier and would step into a ring with Mike Tyson — he’s afraid of no one. The longer they come at him the better he is. I’d love to see him over seven.

“At the moment the plan is to head to Kentucky Downs on the 10th of September. There is a Grade 2 over there worth a lot of money over six and a half furlongs and then possibly a tilt at the Foret in October.

“He doesn’t want too long between his races, he gets a bit bored. He wants three weeks maybe four and he loves travelling. This race worked in nicely.”

Paddy Power and Betfair Sportsbook both go 12/1 (from 16/1) for the British Champions Sprint Stakes.

The curtain came down on Tramore's August Festival 2022 with a Willie and Patrick Mullins success in the mares' bumper with Katie Tay.

Pat Coyne surged home after the last to win the extended two mile five handicap chase at Tramore in the hands of Jody McGarvey.

Marshman gets green light for Gimcrack

Marshman is set for a quick reappearance in the Al Basti Equiworld Dubai Gimcrack Stakes at York following his impressive win at Thirsk on Friday night, with an ambitious plan being hatched to make the talented youngster champion two-year-old.

Cathal Landers conjured up a strong finish from Influential Lady to land the extended 2m5f mares' beginners' chase at Tramore.